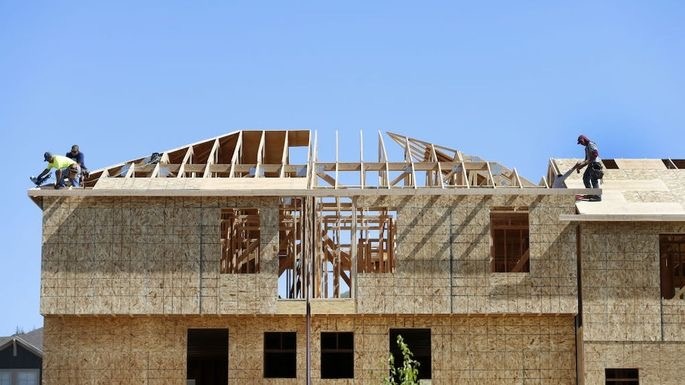 New home sales occurred at a seasonally-adjusted, annual rate of 959,000, the U.S. Census Bureau reported Monday. That represents a 3.5% drop from an downwardly-revised pace of 994,000 homes in August. Compared with last year, new home sales are up 32%.

Last month, the government had reported that new-home sales had exceeded an annual rate of 1 million for the first time since 2006. The government uses a small sample size to produce the new-home sales report, which makes it prone to significant revisions like this.

Economists polled by MarketWatch had expected home sales to increase to a median pace of 1.033 million.

What happened: New home sales fell a staggering 28.9% in the Northeast, followed by much smaller declines in the Midwest and the South. Comparatively, the West was the only region to experience an increase in sales with a 3.8% jump.

The decline in September aside, year-to-date new home sales are running nearly 17% ahead of the pace set by this time last year.

The median sales price in July was $326,800, up from August’s median price. The inventory of new homes was 284,000, representing a 3.6-month supply at the current pace of sales. A 6-month supply is considered the benchmark for a balanced market.

The big picture: Although most economists anticipated sales to rise in September, that is an incredibly rare occurrence. An analysis of past sales data by Regions Financial Corp. chief economist Richard Moody found that since the government began tracking this data in 1963, new home sales have only increased between August and September on four occasions.

The number of homes sold but not yet started was up in September from the previous month, a sign that builders are struggling to keep pace with the demand for homes. The monthly decline aside, low mortgage rates continue to fuel demand among buyers. And with the inventory of existing homes for sale dropping to record lows, many buyers will be forced to turn to the market for newly-constructed properties.

By that same token, though, interest rates could come to represent a headwind for the market, Moody said.

“Despite the recent strength of sales, affordability is a growing concern, even more so should mortgage interest rates follow yields on longer-term Treasuries higher,” Moody wrote in a research note.